The Underrated and Undervalued ‘Schitt’s Creek’ 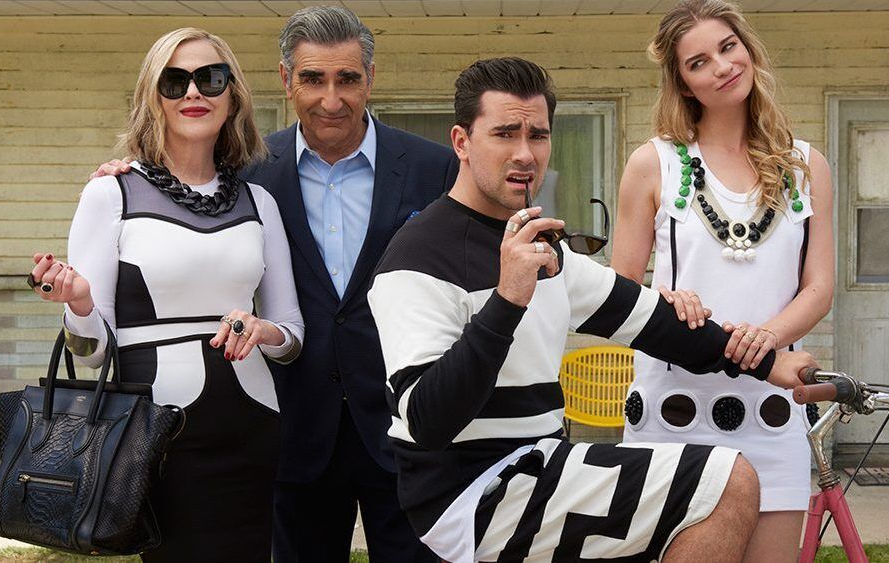 TV shows have to combine a number of things to be successful: a loyal fan base, consistent storylines, likeable characters, intriguing plots, and etcetera. ‘Schitt’s Creek,’ created by Eugene and Daniel Levy, combines all of these things. The father son duo created the show back in 2014, and it currently just ended the fourth season. Eugene and Daniel also star in the show, alongside Catherine O’Hara and Annie Murphy. The comedy follows a family of four that loses millions of dollars when their business manager fails to pay their taxes for them. The family is forced to move to the tiny town of Schitt’s Creek, which they had purchased as a joke years before.

The Rose family has no clue how to handle living in poverty after living so comfortably for so long, and hilarious endeavors ensue as they adjust to their new life. Daniel Levy plays David Rose, a thirty-something year old that has a taste for fashion and has a particularly hard time adjusting to his new lifestyle. Daniel has a way of bringing such a likeable charisma to this character that makes audiences fall in love with him, no matter how big of a diva he may be. He befriends Stevie Budd, a down to earth tomboy played by Emily Hampshire that forces David to see how much worse his life could really be, and they become best friends almost immediately.

For a show with so many jokes and comedy scenes, there is also a softer side to ‘Schitt’s Creek’ that really makes the show so incredible. No matter how many situations the family gets itself into, they are always willing to help each other and make this new life the best one it can possibly be. It shows that people don’t really need money to be truly happy, and once the wealth is taken away, it reveals the true people inside of all these seemingly self-centered characters, In every show on television, I don’t believe there is one that has as much character development as ‘Schitt’s Creek.’ Daniel and Eugene Levy have done a fantastic job of transforming this high class, prissy family into a caring and more humble one.

‘Schitt’s Creek’ is available to watch on Netflix, and season five will be airing on POP network next year. To have a good laugh with every episode, and perhaps even a few tears here and there, be sure to check out ‘Schitt’s Creek.’ It is a rare show in that it is comedic but also has a very important message: money isn’t everything. Family is.