A Quiet Place Review: Why Silence Is the Film’s Best Weapon 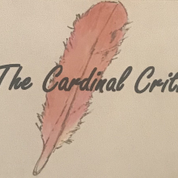 Rarely do you watch a movie in the theater without all the accompanying sounds — popcorn bags rustling, other viewers coughing and shifting in their seats. The moment A Quiet Place started, the theater was, well, quiet.

A Quiet Place, directed by John Krasinski (who co-wrote and also stars in the film) tells the story of a family learning to survive in a world now run by terrifying creatures who use their advanced hearing to hunt. Lee Abbott (Krasinski) and his pregnant wife, Evelyn (Emily Blunt), are able to form a semblance of normality for their children, Regan (Millicent Simmonds) and Marcus (Noah Jupe). They eat dinner as a family, play board games, and practice math problems — albeit in silence.

Evelyn’s pregnancy provides a challenge for the Abbotts. How can she give birth without making a sound, and what will happen when the baby cries? Blunt’s performance is exceptional. She conveys so much emotion through her facial expressions; particularly when she goes into labor and can’t make any noise.

But the film’s brightest star is Millicent Simmonds, the deaf actress who plays Regan, the eldest of the Abbott children. Regan’s disability proves useful to the family, as they already know sign language to communicate with her, and use it to communicate without making a sound.

A Quiet Place uses cinematography and sound to reflect the difference in hearing between Regan and the rest of her family. As part of their Anatomy of a Sound series, Krasinski spoke to the New York Times about his decision to cast a hearing-impaired actress, and the impact it had on the film’s sound. “We wanted the sound of the movie to reflect her own actual experience,” he says, describing how scenes with Simmonds often had very little sound compared to scenes featuring the rest of the cast.

Krasinski also noted that perspective and sound went hand-in-hand while filming. “When we’re close up on something, you can really hear it,” he says, using one of the opening scenes of the film to illustrate. “And then when you go to a wider shot, you can’t hear that exact same sound.”

It’s a technique that works. The film effectively uses sound and cinematography to lure its audience into the world it’s created, then hold them there with its compelling story and adept actors. Although it will keep you on the edge of your seat, A Quiet Place is the type of film you’ll want to watch again and again.