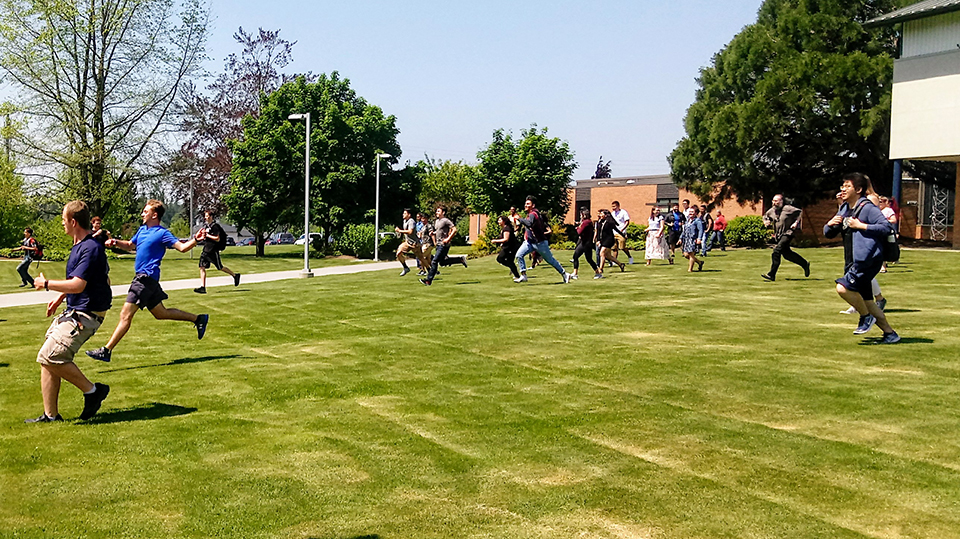 On May 15th, SVC students participated in a privilege walk on campus from 12:30-2:00. The walk consisted of an activity where students would either step forward or backward if a statement applied to their life. After the activity, students were able to enjoy a barbeque and refreshments.

Flor Zamorano is the ASSVC President and the founder of the SVC Dreamer’s Club. She’s also been a part of the Maestros Para el Pueblo Program. Zamorano read statements to the crowd of about 40 students. Some of these statements included stepping forward if “You’ve studied the history of your ancestors… moved through the world without fear of sexual assault… been born in the United States… have one or more parents with a college degree”. In contrast, Zamorano asked students to step backwards if “You’ve come from a single parent house hold…had substance abuse in the family… skipped a meal because there was no food in the house.”  Some of the questions applied to the majority of the crowd, one particular statement about moving backward if you’ve changed your appearance for others, applied to many students.

After Zamorano completed reading the statements, students were spread out by which statements had brought them forwards or backwards. The students, who were in the front, had more privileges in their life and the students in the back had less. Zamorano finished the exercise by asking everyone to run to where she was standing and the first to catch her earned a gift card. She explained that if this were a fair race, the people in the back would be just as close to the gift card as the people in the front.

A flyer promoted to many students during classes explained that the purpose of the activity is “To learn to recognize how power and privilege can affect our lives even when we are not aware that it is happening. The purpose is not to blame anyone for having more power or privilege or for receiving more help in achieving goals, but to have an opportunity to identify both obstacles and benefits experienced in our life.”

Dr. Lunet spoke after the exercise by saying “Privilege is an unearned advantage” and followed up by explaining there was nothing anyone could have done to change the statements that applied to him or her. Lunet also noted that during the run at the end of the exercise, some students were so far in the back that they didn’t even try to run for the gift card.

In addition to the students that were participating in the activity, there were some that simply watched. Nathan J. Bogle explained that everyone at the Privilege Walk was there to reflect and learn about the effects of privilege. He said, “As a black man, I have not felt my privileges were taken away because of my race but I think they’re doing this based on how they identify, it’s very important to reflect on stuff like this.”

Alex Jimenez was a student who participated in the activity. He explained how he heard about the Privilege Walk through the flyer that was being passed in one of his classes and his Spanish VI class all joined the activity. In Jimenez’s opinion, some of the questions about things like sexual assault were a little too personal but he noted that the point of the activity was “To reflect on how some people have a head start in life.” When asked how he felt about his position in the activity, he explained that some of the statements applied to him and there were many in front as well as behind where he was standing. Jimenez said, “In real life, I feel like anyone can do anything and with the run at the end everyone could have finished… I believe not running happens more in life then it should and every should at least try to finish the race.” 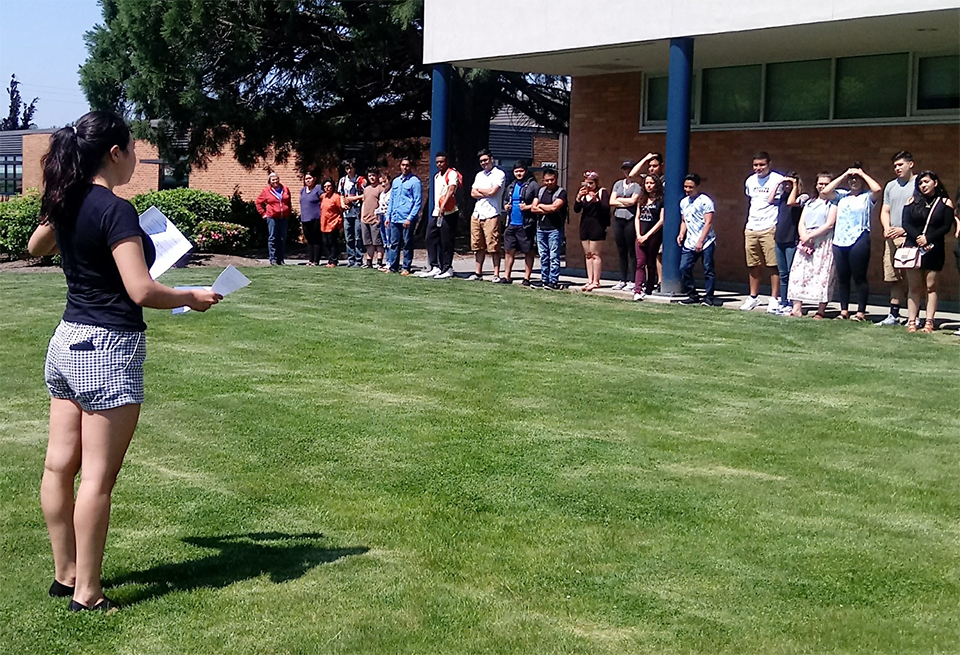 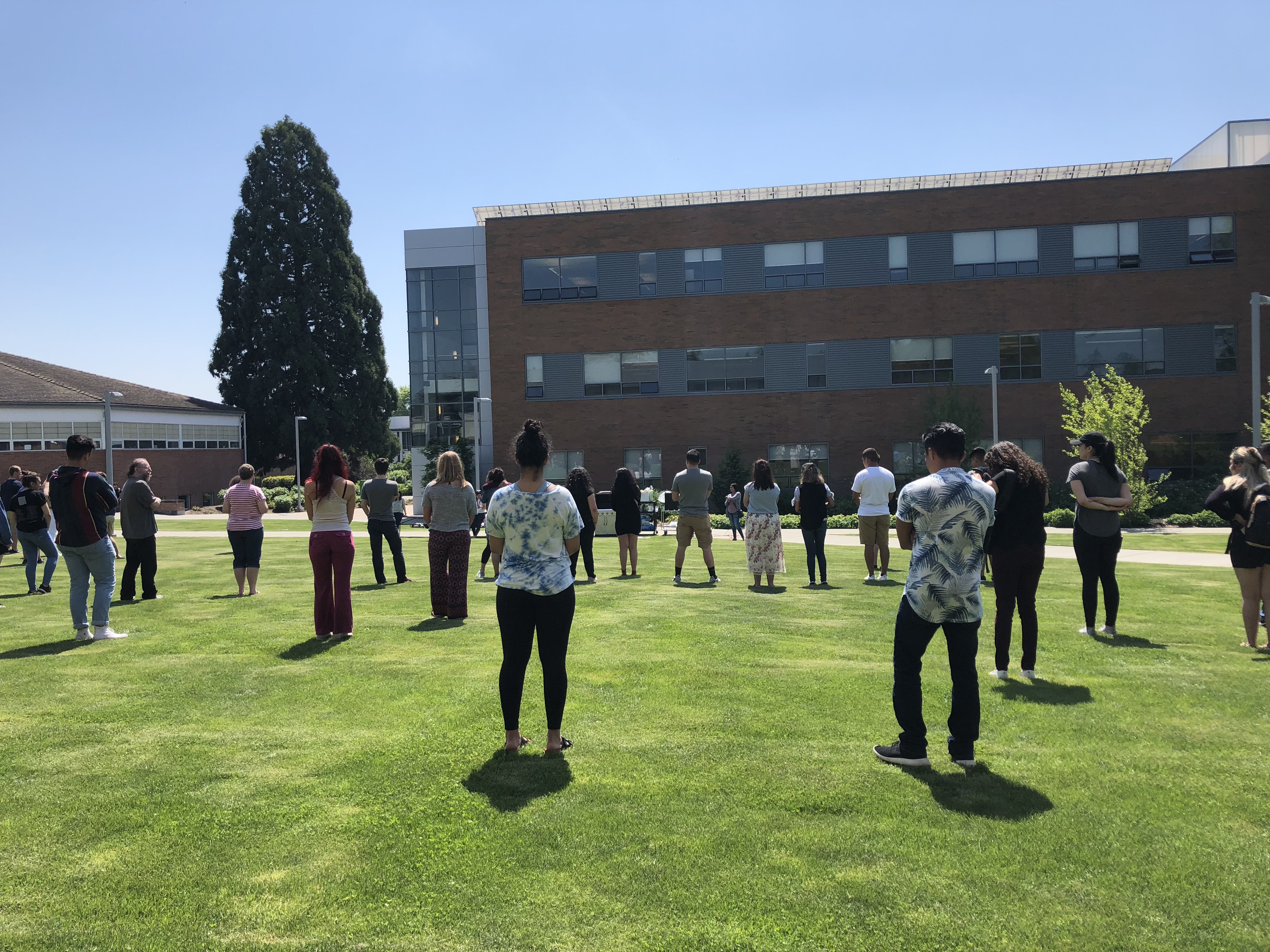