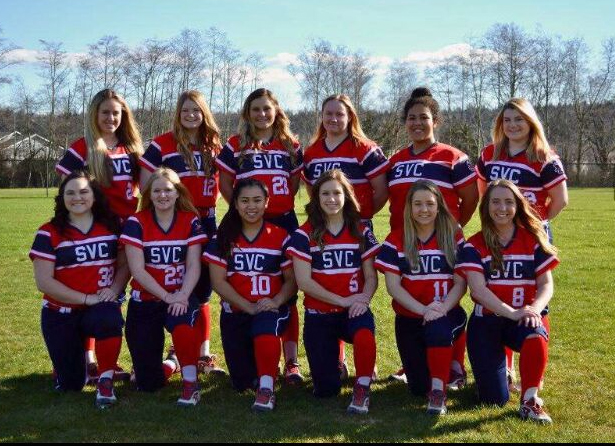 After a weekend of rain, the sun came back out and the Skagit Valley College softball team traveled down to Everett to face off against the Trojans of Everett Community College in a doubleheader on May 1st, looking to increase their hopes of making the playoffs. The cardinals sat at 6-12 on the season, with an outside shot at making the playoffs. Everett was 13-9 coming in, with a trip to the postseason looking likely. The cardinals dropped both games in Everett by scores of 8-0 and 10-0, which puts the Lady Cardinals at 6-14 on the year with playoff hopes still alive.

The Cardinals couldn’t get anything going offensively in on the day, being held hitless in the first game, and collecting a total of two hits in the second game. Freshmen Alyssa Cox and Lauren Edmiston had the only hits for Skagit, both coming in the Game Two loss. Freshman Hannah Larson attributed the losses to bad luck.

“We were putting the ball in play, but we were hitting right at people”,she said.

Larson also mentioned that the Cardinals are missing key players out with injuries. We only had two pitchers who could throw”,She said.

The Cardinal pitchers couldn’t keep the Everett bats quiet, allowing a total of 18 runs on 21 hits.

Although it was a tough day at the ballfield, there are plenty of bright spots and optimism surrounding the program. Sophomore catcher Breanna Valencia has been catching every game and doing a really great job,͟ according to Larson. Larson also adds that Skagit Softball hasn’t always had the best reputation but believes they are a good program that doesn’t get the credit they deserve. Larson also believes that communication is a big strength of this year’s Cardinals. Larson believes that the team needs more fans,͟ to come out and support the team.

Skagit’s season is winding down with only 10 games remaining on the schedule. The Cardinals look to get healthy and make a push to the playoffs in their remaining games. The schedule can be found at http://athletics.skagit.edu/schedule.aspx?path=softball, come out and watch the Cardinals get dirty on the diamond.