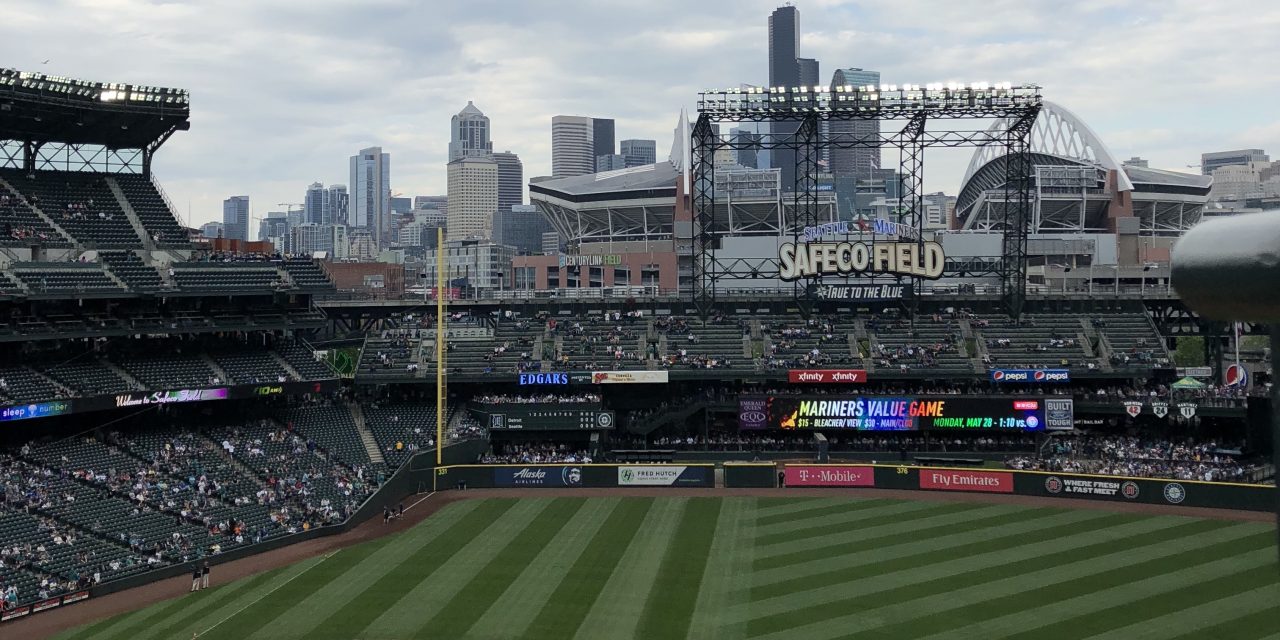 Caption: The setting at Safeco Field on May 19th before James Paxton takes the mound for the Mariners as they prepare to compete in game 3 of 4 against the Detroit Tigers

James Paxton, a pitcher for the Seattle Mariners, pitched a “no-hitter” against the Toronto Blue Jays in Toronto on May 8th, 2018. Paxton, the Canadian Native, was just the 6th Mariner to ever throw a no-hitter, the last being Hisashi Iwakuma against the Baltimore Orioles in 2015. Paxton, now 3-1 so far this season, has been very hot, with a 16 strikeout game on May 2nd, 2018, and two full games (May 8th with the no-hitter and May 19th against the Detroit Tigers).

An anonymous SVC student said “I am not a Mariner’s fan, but what (James) Paxton did against the Blue Jays was incredible. Although I do love my (Texas) Rangers, I do gotta hand it to Seattle, they might finally make the playoffs.”

The post season has been something that Mariner’s fans have been desperately wanting for a long time, especially since the Mariners currently have the longest postseason drought out of any American professional sports team (out of the NFL, MLB, NBA, and NHL) as of 2018

Gavin Schweitzer, an SVC student and former baseball player said “I think (James) Paxton has been a big reason for the Mariner’s recent success, and this seems like a baseball club that is finally learning how to operate as a team.”

Paxton’s most recent start was May 19th against the Detroit Tigers at home in Seattle. James had another excellent game, pitching all nine innings and making him one of two pitchers in the Major Leagues with more than one (nine inning) full game pitched. Along with a full game under Paxton’s belt for the season so far, James also only allowed two runs on three hits and one walk, and also recorded eight strikeouts.

James Paxton hasn’t been the only reason for Seattle’s hot start this season though, recent starts from Christian Bergman, Felix Hernandez, and Wade LeBlanc have helped give the Seattle ball club a pitching identity. Offensive stars such as Dee Gordon, Jean Segura, and Mitch Haniger have helped bat in enough runs to keep the pressure off of the pitchers. With Robinson Cano, the second basemen who has been regarded as the catalyst for the Mariner’s offense this season, recently being suspended for violating the MLB’s substance policies, the Seattle offense has not slowed down, with many players stepping up their play such as Kyle Seager, Ryon Healy, and Guillermo Heredia.

The Mariners will finish off the month of May with series versus the Oakland Athletics (25-22), Minnesota Twins (19-23), and Texas Rangers (18-30). They are expected to have a hard schedule in the month of June with multiple series versus the American League leading Boston Red Sox (32-15) and New York Yankees (30-13), but if they can continue playing solid baseball and working together to establish energy and momentum throughout games, Boston and New York may not be an issue for Seattle.