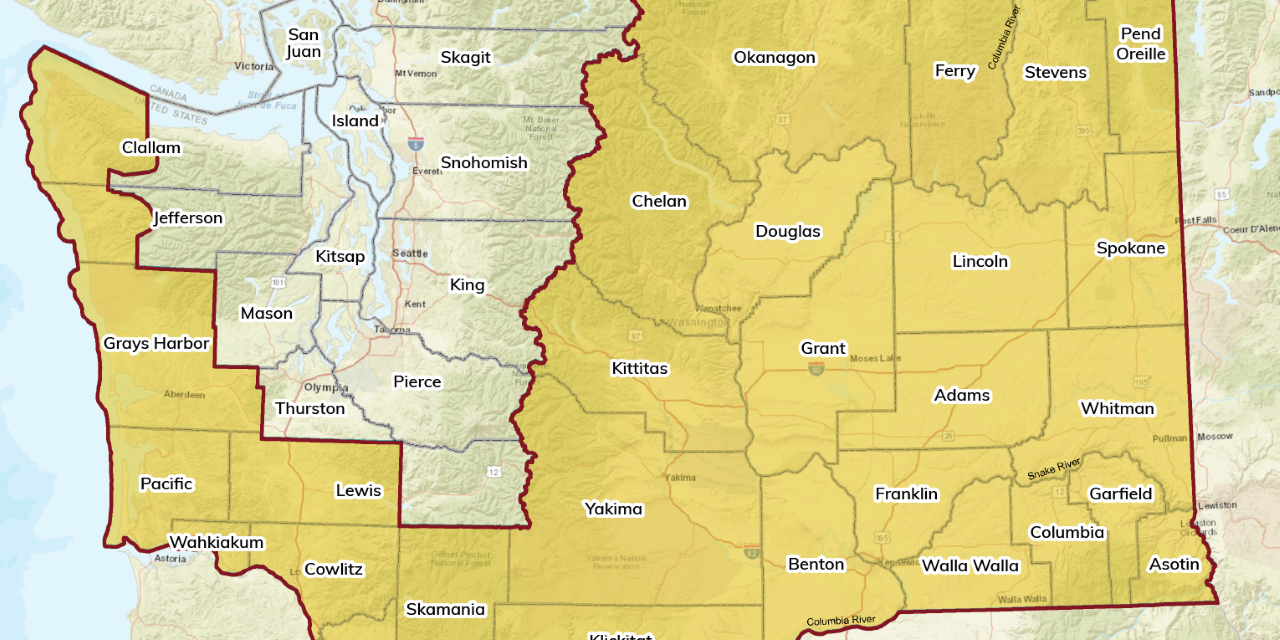 The Skagit County Board of Commissioners has labeled May as “Wildfire Awareness Month”, due to the proclaimed increased wildfire threat as of late. goSkagit reported that May was chosen specifically to get awareness up before the months of increased heat in the summer, due to the heavy density of houses in a region which is heavily forested. Wildfire resilience coordinator Jenny Coe, who works with wildlife conservation districts in Skagit and Whatcom County, stated that “It’s a great time to start thinking about this before summer, when our months get warmer and our fire potential goes up”. David May, the Natural Resources Fire Operations District Manager also contributed. “In 2020, we had 65 classified fires in our region … and the average size was at 2.95 acres,” Way cited. “That’s not the great big huge fires we see in drier ecosystems like in Eastern Washington, but it is concerning knowing we have so many houses in these forested, rural areas of Skagit County.” With fire season reportedly lengthening and the size of fires growing along with it, concern is high.

At the time of writing, the 2021 wildfire season is well underway in Washington state, and current projections are predicting that this year could be even more harmful than 2020’s wildfire season, which in turn had even more incidents of wildfire than the historic wildfire season of 2015. Washington State Legislature recently passed bill 1168 to allocate over 125 million dollars to wildfire prevention and fighting, along with general forest restoration. Forestlands are becoming more and more densely populated in recent years as well, also adding to the gravity of the situation. Puget Sound Fire Authority Battalion Chief Brian Dodge stated “Because the climate is changing, we in western Washington are experiencing a drier climate and we’ve had wildland fires in March, which is pretty much unheard of,” he further elaborated with “It’s an issue that everyone here on the west side needs to be aware of. And because of the milder winters and the warmer summers, it’s going to continue. It’s all about climate change. It doesn’t matter what side of the aisle you’re on, it’s happening. Because our weather is changing, it puts us at greater risk for these fires. And because we haven’t had these fires regularly, which leaves a lot of dead and down fuel on the ground, which puts us at risk for more intense wildfires.” In April, Washington State’s Department of Natural Resources responded to over 90 fires in the span of just one week, as South Seattle Emerald reported, and that included a 50 acre timber and grass fire east of Auburn, adding up to over 280 fires in that month alone.

The wildfire issue in Skagit County ties into larger issues across the state, partially due to the drought which most of the state is experiencing. King 5 news reported that The Washington State Department of Ecology published a drought advisory map for the first time, and although Skagit County in specific is not on the map, it is regardless a major statewide issue at the moment, and Skagit County needs to take it seriously as well. The state is defining a drought as “an area expected to receive less than 75% of normal water supply,” according to Jeff Marti, the water resource planner for Ecology. King 5 also reported that April and March alone were already the fourth driest period for Washington State since 1895, before getting into summer proper. It has also been noted that the 10 year average for wildfires in April in Washington has been 53, making the earlier report of over 280 wildfires in the month even more alarming. South Seattle Emerald wrote that about 20 million dollars of bill 1168 will go towards education and outreach to prevent urban development from interacting with wildland, essentially to address the issue of heavily wooded areas becoming such densely populated areas for people. Brian Dodge had a similar comment on this, “The more populated we get, the more we build out into the interface,” he pointed out. “The further we get out into the woods, it’s no different than having more incursions with bears and mountain lions and those things. Now, we’re having incursions with all the flora and fauna, all the trees and such. When we build a house in that area, we’re building a house with all that fuel around it.” 2021 is currently shaping up to be a historic wildfire season for Washington, and potentially a turning point in how we tackle this issue. It is a great time to get involved, and for land owners in Skagit County, the Skagit Conservation District offers free risk assessments for those interested.