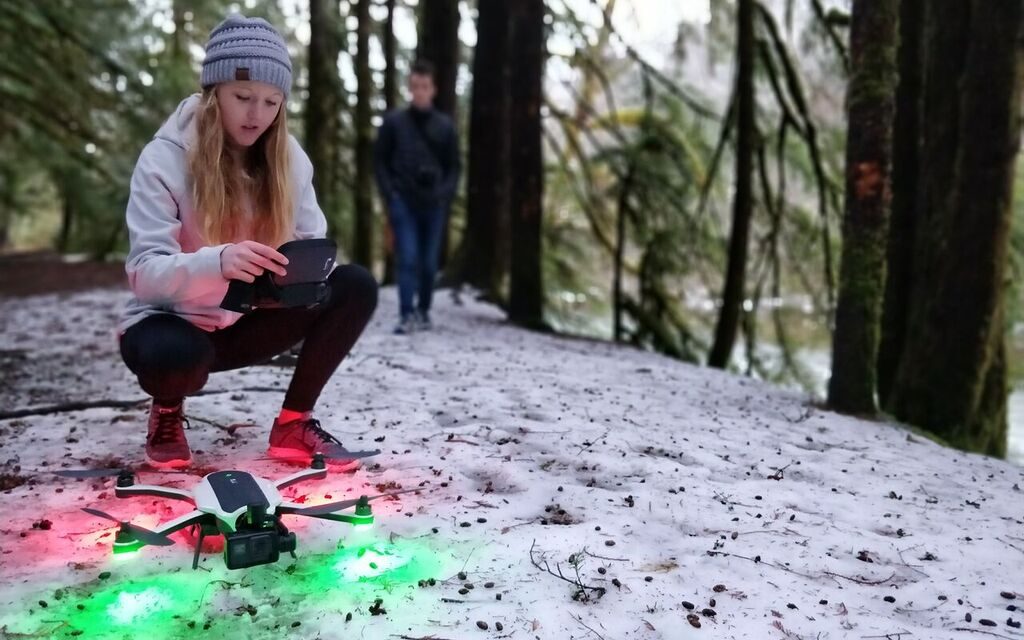 Drones are becoming more prevalent in today’s technically-inclined society and as such, they present both benefits and challenges. The SVC Safety Committee is currently working on a proposed policy for the use of unmanned aircraft systems (UAS) on campus. An online public hearing has been open since May 4th, and will close on May 11th. Per SVC policy, the process to incorporate these new guidelines involves a comment period so anyone can have input about proposed policy and procedure changes.

Jim Jolly, Director of Security & Emergency Management, has spent a significant amount of time researching this emerging technology. By evaluating similar policies at other colleges such as WSU, and reviewing all aspects of drone operation under Federal Aviation Administration (FAA) laws, he has a comprehensive grasp on what needs to be included in the new proposal.

“Drones are becoming more ubiquitous,͟ Jolly notes about this surfacing demand. We will look at these comments as people chime in,͟ which often entails many supporting a long-time coming͟ idea like the drone policy. Others may have concerns about public privacy or safety, and we will use those inputs to refine the final product before it goes through the Governance Steering Committee, […] and eventually the President and the board of trustees.”

Jolly explained the entire process from initial concept to final incorporation into the SVC Operational Policies and Procedures Manual (OPPM). The rules for adding a new set of guidelines require the attention of a relevant committee, in this case the Safety Committee.

The need for such a policy was highlighted during a recent project at the Northwest Career and Technical Academy (NCTA). An inquiry was made to seek permission for flying a drone over campus, but there was no standing policy for granting approval. It was ultimately granted, but a need still existed and it posed questions about possible inquiries into UAS use for videography at school events in the future.

The aim of these guidelines is to ensure that the operation of small unmanned aircraft systems on campus is safe. Beyond approval from SVC, a drone operator must also abide by the FAA’s laws. These rules include a maximum altitude of 400 feet, with the drone in eyesight at all times. An operator must also carefully consider vulnerable property or obstacles and be extremely careful when operating anywhere near people. Additionally, sensitive infrastructure such as highways, power stations, or government buildings are considered no-fly zones. There is also a requirement for operators to notify airports within a five-mile radius when flying a drone. At SVC, that means contacting 2 different locations to notify of UAS activity. Jolly recommends the FAA’s B4UFly͟ app as a quick reference and checklist for each flight.

Students, staff, and other stakeholders of the college are encouraged to participate in the discussion if they have any concerns regarding the new policy on unmanned aircraft systems. This comment period will close Friday, May 11th. Comments will be available to view for one more week after that. Pending approval, this proposed policy should go into effect for Fall Quarter 2018.