Experience is Not a Fence in The Way of Fencing Club 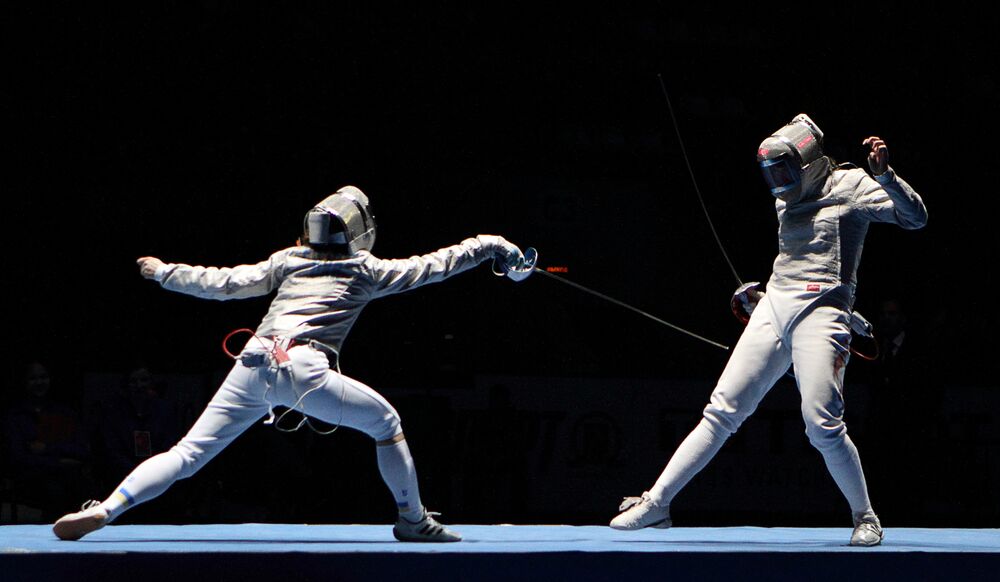 The fencing club on the Mt. Vernon campus of SVC might seem daunting to anyone hearing about it for the first time due to the technical reputation of the sport. But for a competitive spirit willing to learn, the club is perfect.

On Mondays and Wednesdays members meet and are taught to fight in upcomingcompetitions. Some of the club’s highlights come from a push to be competitive with activities such as giant matches of Dzking of the hilldztaking place. But according to the club’s president, Wesley Grett, every member that has joined the club barringhimself and his father (the team’s coach) has had 0 fencing experience, meaning a background in the sport is not required to participate in the slightest.

This is just one misconception about fencing that has potential to isolate the club from broad appeal, a need to already be experienced on top of a fear of pain and injury. Wesley is quick to clear up the confusion there as well.Very rarely you might get a bruise on your arm if you take a particularly hard hit, but most of the time fencing touches are really light,dz He explains.

In movies that feature swordplay and fencing, it can seem incredibly skill based and challenging, but Wesley insists that improving only takes three days a week of practice (the club meets for two) if your desire is to become good at it. “We don’t expect people to be competitive, but we really encourage it because the experience of fencing against other people from a different club is really helpful in honing your skills as a fencer.

As an extra curricular, fencing boasts a good amount of exercise, an attainable point of entry, and a healthy dose of competition. The club meets Mondays and Wednesdays at 7pm in T11 for those interested.