Get Excited About Science! 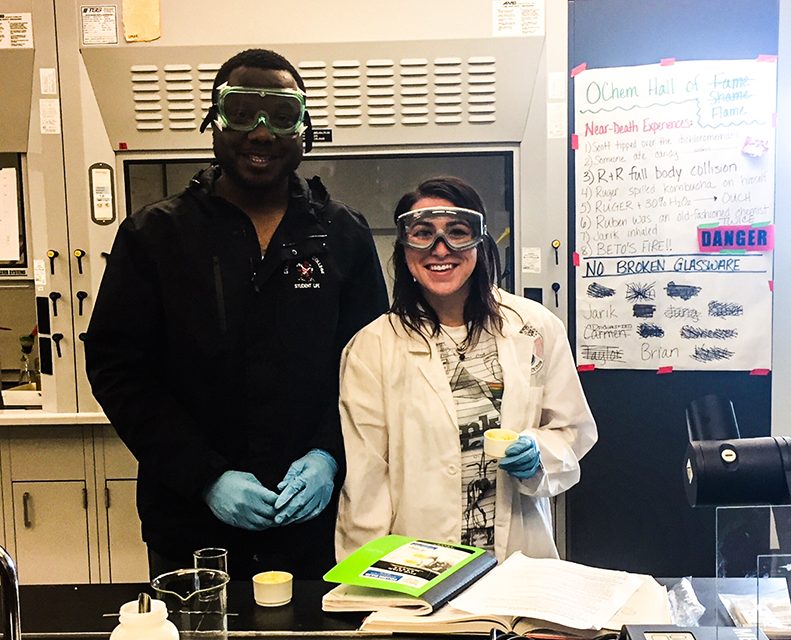 This Spring, The Science Club at Skagit Valley College is eager for student involvement to educate about science and to answer experimental questions. The primary goal of the club is to involve the community and promote science. All students who are curious about science or just interested in any type of science in general are encouraged to partake in the Science Club at Skagit Valley College.

Being involved in the science club comes with many perks. One is that anybody can join the club, even if not a science major. If students are interested in science majors, the science club is a fantastic way to network and to assist in transferring into a university. The science club leaders would like students know they want to help you as much as possible and is a fun place to explore curiosities around science! With always having access to the science lab, there will always be time for unanswered questions to be solved.

Perich and Hammer are both avid lovers of science. Perich said the most exciting thing about science is the unknown because, “its like a new frontier every single day, everything you do is based on science, science is the language that makes up the universe.” Hammer loves biology and chemistry, mostly to research and find answers to her questions. Both Hammer and Perich are excited to work with club members.

The science club will be hosting a Sci 5k on June 2nd to help fundraise for future events and field trip. 25 percent of the proceeds will go to Sea-Tech 4-H club middle and high schoolers creating robots for a national competition. Another 25 percent will be going to Pi Theta Kappa in exchange for helping at the event. Another event the science club is currently working on is named “Don’t Bomb Your Exams, Bomb Your Bath” where attendees will be able to create their own bath bombs using a science experiment the week before finals week.

The purpose/mission of the science club at Skagit Valley College is “to educate the community about the importance, applications, and types of science. As a club, we work to foster a passion for science and encourage science education in the community.”

For more information on how to join the Science Club, contact Dr. Roxanne Smith at