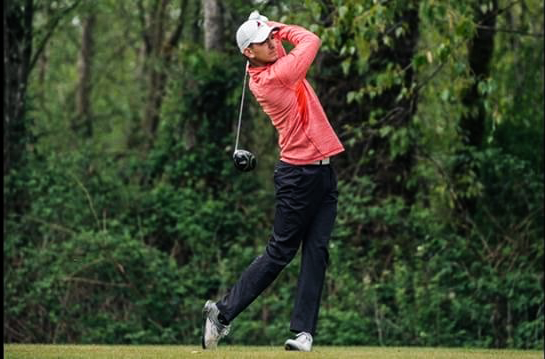 Individually, Jonny Larson came in seventh overall in the men’s division, shooting a 146, including a 69 on day two, good for two over par. Daniel Graber, Head Coach of both the Men’s and Women’s golf teams described Larson’s performance as “awesome” and Graber is “excited to have him back next year.” Graber was also pleased with another freshman, Mitch Factor, who shot a 160 overall.

On the Women’s side, Emma Raymond placed ninth overall shooting a 168. Coach Graber thought Raymond “this spring really turned it on.” Graber was also happy with the performance of Lauren Hamm during the course of the season, who just had a disappointing tournament and slipped to twenty-third overall. “Lauren and [Raymond] were good competitors,” he said.

Coach Graber described the season as a “successful season in the fact that we had two really good groups on both sides,” as well as sending “two of our sophomores on the men’s side are moving on to play golf” as well as “only one of our sophomores on the women’s said” Graber said. He was also pleased with the performance of one of his players focus in the classroom. Graber was proud of the way sophomore Austin Faux “really got into school and focused on his engineering,” adding later, “I know he’s going to be successful”. Coach Graber was especially proud of the way his team performed even though they don’t have the same budget that other schools across the NWAC might have. Coach Graber believes that “the women next year will be much higher, and I think the guys can climb a couple spots,” he said.

When asked what he likes most about coaching, Graber says “the relationships with the students, they all become my friends,” as well as being able to “watch them grow.” He also loves the “opportunity to influence these kids in a positive way.

SVC’s golf teams will be back in action in the fall, with high hopes with Sophomores Jonny, and Mitch leading the Men’s side.