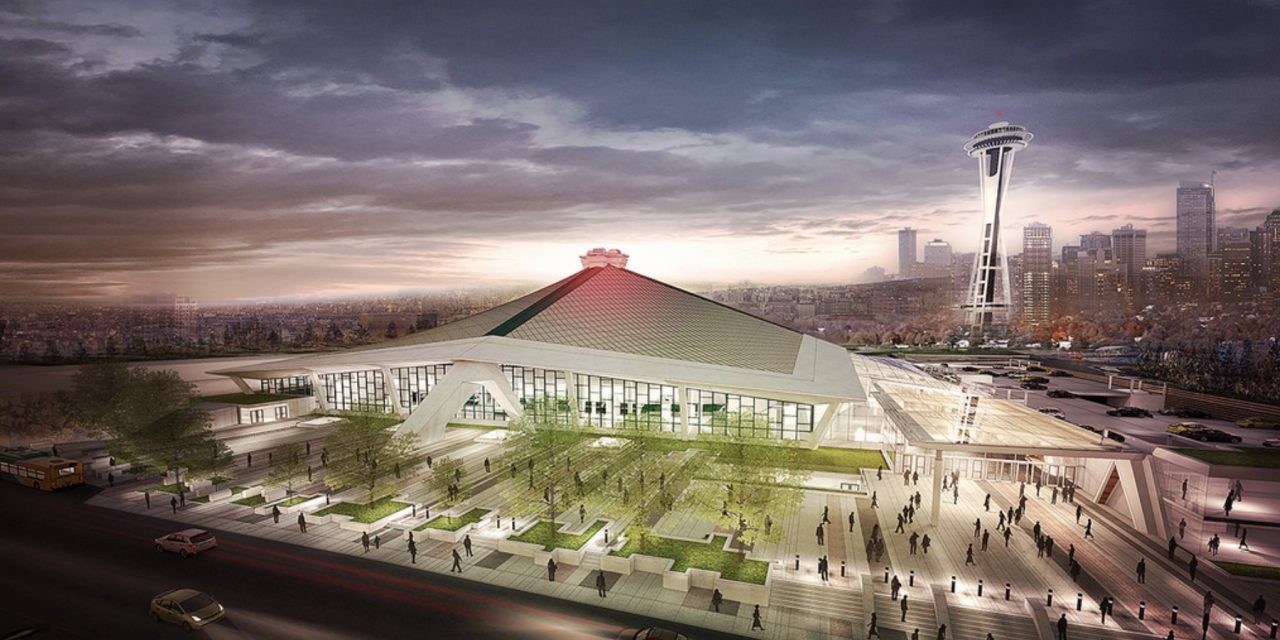 The year is 2020. Location: Key Arena, Seattle, Washington. It’s winter and Seattle Hockey fans are about to witness sports history… The first ever National Hockey League Game to be played in Washington in close to a century. Seattle Washington has recently applied for approval of an expansion franchise that would play in 2020.

Recently Seattle and Washington State government has approved a plan to renovate Key Arena. The arena was former host of professional basketball franchise the Seattle Supersonics until they were relocated in 2008 to Oklahoma City. The arena is being remodeled in order to be fit to host a professional sports team and increased seating, which was the main issue why the NBA left Seattle in 2008.

According to Chris Daniel at King 5 Seattle, he states that “The Seattle City Council has voted 7-1 to approve a new $660 million package to build a new arena at Seattle Center, perhaps paving the way for a Seattle NHL franchise in the immediate future.” After the arena deal was set in stone, the city quickly took action to acquire an NHL expansion application. According to Sportsnet’s Elliotte Friedman on February 13th, 2018” it has been confirmed that the league has received the city of Seattle’s application for expansion and the $10 million advance down payment”. The arenas renovation was approved in early December, and the expansion application was submitted just a short two months later.

If that doesn’t excite fans enough this might will. Social media is blowing up with the future of the NHL coming to Seattle. Multiple twitter accounts are made that have over thousands of followers, that were created solely for hockey news in Seattle. Some handles are: @NHLtoSeattle & @NHLseattle_. On top of all that, on March 1st, 2018 the NHL to SEATTLE campaign released a down payment for season tickets for the first hockey season (2020) the goal was to get 10,000 down payments, however in only 720 seconds after tickets went up for sale, over 25000 down payments were made. The only problem with that, is that Key Arena currently only seats 17,300. There was more people paying for seats then there actually are available in the stadium.

Skagit Valley College student, Tyler Tan says the “I’m excited for the new hockey team. It’s one thing to watch a thunderbirds or Silvertips hockey game, but it’s going to be a whole new experience having an NHL team here in Seattle. I can’t wait to see the stadium once it’s all remodeled too”.

Seattle sports fans are stocked for hockey. Seattle is serious about the NHL. Furthermore the development of a hockey franchise will hope to draw the National Basketball Association’s eyes back up to Washington. Seattle natives hope that this stadium renovation and the support of the NHL will be enough to persuade the NBA to bring back the beloved basketball franchise that was stripped from the city a decade ago. With all the excitement though, Seattle sports enthusiast can’t wait till the puck drops in the Key arena two years from now.