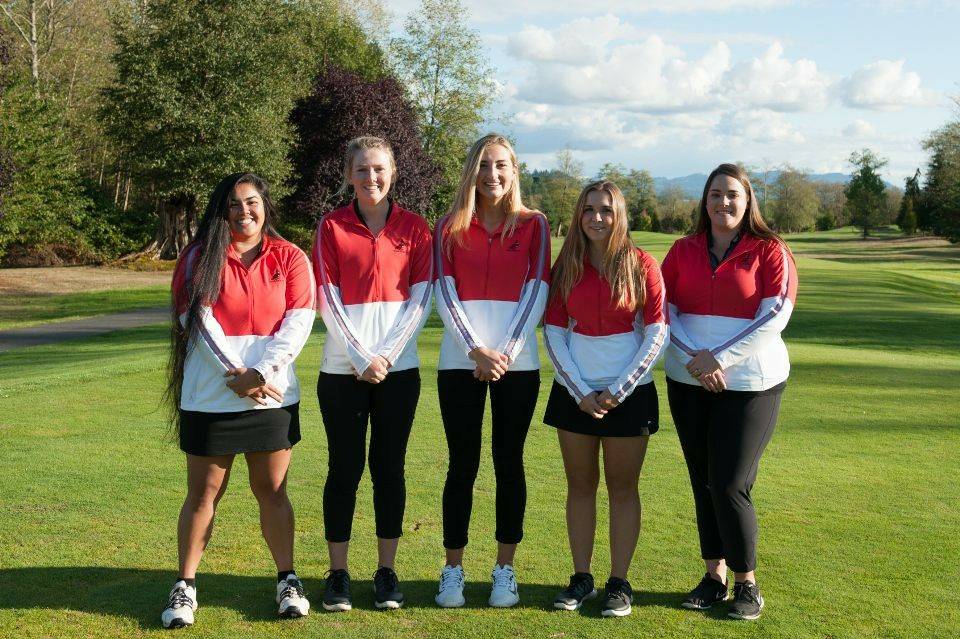 On the weekend of April 15th, 2018, both Skagit Valley College men’s and women’s golf team attended a golf match at the North Idaho Invite in Hayden Idaho. Players that were interviewed were Emma Raymond, and Lauren Hamm. Along with the assistant coach Kalan Smith and head coach Daniel Graber. The weather was terrible, it was a mixture of all kinds. “The first day was raining (drizzled) with off and on sunshine. The second day was a [email protected]! show with a hail storm, then windy accompanied by more hail and side rain” replied Emma. Despite the weather Daniel Graber informed me that “Our top finisher on the men’s side was Brett Ball who ended up in 6th place out of 51 men. On the women’s side, both Emma Raymond and Lauren Hamm tied for 7th place out of 47 women.”

When asked how is the team doing? Assistant coach Kalan responded “The team is having a good spring season! In team league standings were low on the list after a rough fall event, but a better finish at north Idaho. The team sits at 5th place. With two more league matches remaining. We are hoping to climb up another spot or two. Individually, we have had girls with great finishes at our spring events. Looking forward to more strong finishes and hoping someone will pull of a win!”

When asking Daniel, the same question he responded about the same as Kalan but added “I strongly believe that both teams should be placing in the top three at each event, but we need to all put together a good round at the same time. The talent and ability is definitely there, but the players need to be confident and show some grit when things don’t go just right. Once that happens, we will be completingfor the top spot.”Head coach Daniel was also asked about the team dynamics, if they get along and if he feels that if the dynamics play apart in how the team is doing? He responded “Team dynamics are integral to success, especially for a golf team. At tournaments the players are all divided up to play in different four-somes and are out there on the course for about 5 hours trying their best to put together a good round. It can be challenging, frustrating, and exhausting, and so it is great to be motivated to do your best for the team. When the players actually appreciate and respect their teammates, the commitment level and focus increase, and they have a lot more fun. A team of happy & motivated golfers is a team that will win.”

Asking Lauren why she golfs? Her response was clear, to her it is fun and her friends in high school got her into it. She stated that her favorite thing about golf is that “You can always get better. I shot 95 last year and thought it was the best thing ever and this year I shot an 85 and I feel like that sucks even though I am doing better.” Her least favorite thing would be the weather, which really tested her during this invitational. She said that she could have done a lot better however, her putting was her downfall.

When asked why do you play golf? Emma responded with “Well my grandpa started me early on and I started to play golf for him after he passed I also always keeps a picture of him in my score card while golfing.” When asked about tying with Lauren, Emma said that she could have done better. For her reasoning she simply stated that her confidence was on a decline along with her shoulder being out of wack and trying a new grip. In some eyes one could say it was not a good combination for her, but one can also see how good of a player she is given that she was able to get 7th on not her best day.

At the end of the interviews the women were asked if they felt like the SVC community supports them. The consensus was that they do not feel so. Reactions they get from fellow students proves that no one knows that SVC even has a golf team. However, they don’t expect to be supported, Emma stated “On a good day the coach will watch, it would be nice if other people came but knowing that people can only follow and watch but can’t talk to us makes it seem unrealistic to do so”. So, if anyone in the SVC community wants to show some support for the golf team their next match will be at the Avalon Golf Links in Burlington Washington for the SVC league match on April 29th and 30th.